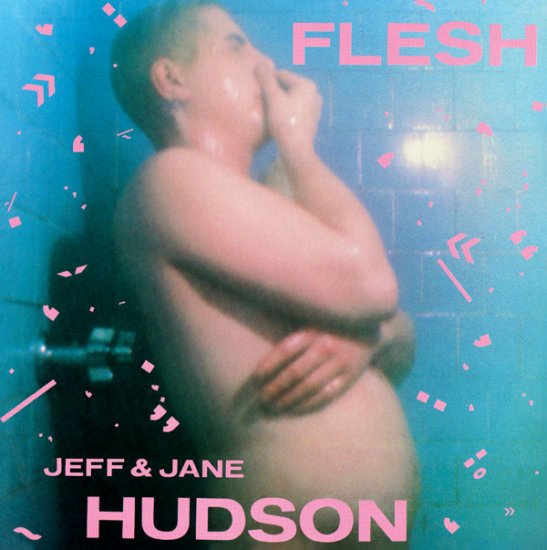 Dark Entries Records are becoming increasingly more important when it comes to re-releasing unfindable records from the 80's.

A few weeks ago we presented the highly acclaimed compilation by Parade Ground and now we can add "Flesh" from the Bostonian duo Jeff & Jane Hudson to their already impressive list.

These two started out somewhere in 1977 with art punk band The Rentals but they decided to go their own way. It was clear from the very first single ("No Clubs", included as one of the ten additional tracks on here) that they would have a new wave-sound.

I always described them as a duo with a Chris & Cosey sound, the only difference that most of their songs would fit fine in an alternative disco in the 80's.

I don't know if they ever got to play there but after having released "The World Trade EP", they launched the "Flesh" album which has been hailed by many music fans as one of the greatest wave-albums of all time.

This has lots to do with the use of the infamous TR808 and those Roland-synths which give this album a definite eighties-touch.

Originally released on J&J-Records it was re-released in 2000 on the Belgian Daft Records label, run by Dirk Ivens.

But now in 2011 the final icing on the cake comes with this deluxe-edition that also contains those three singles which makes this an essential wave-release even for those who have already the Daft reissue in their collection.

This release is both available on CD and vinyl.