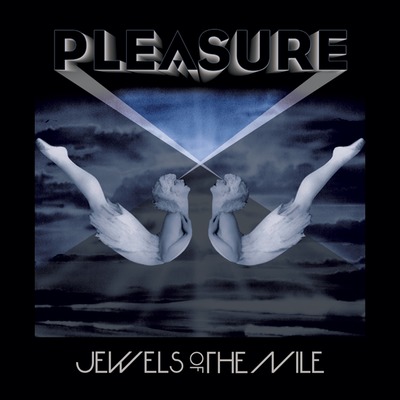 JEWELS OF THE NILE

A couple of months ago this female trio originating from Portland, USA made their passage at the 31st edition of "Les Nuits Fantastiques" in Brussels. That night the band were surprisingly convincing with their dark, melancholic synthpop.


Until now, only one split-single was available from Jewels Of The Nile, featuring their remarkable interpretation of Christian Death's "Death Wish". They're releasing their own songs through Sweating Tapes on a vintage limited edition cassette.

When you buy the tape you will also get a download code, so the whole package be heard on modern equipment as well. Desire Records should soon be releasing the same material on CD and vinyl.

Jewels Of The Nile play downtempo electro on "Pleasure", that bathes in a gloomy, oppressive Darkwave atmosphere, occasionally enlivened by an exotic rhythm pattern. The female vocals give it all a cabaretesque touch, reminding​us of a more polished Geneviève Pasquier.

Same combination of genres: DARK WAVE + SYNTH WAVE
LUST FOR YOUTH • Compassion
THE ARMS OF SOMEONE NEW • Every Seventh Wave EP
YOU SHRIEK • Somewhere Between (Heaven And Sorrow)