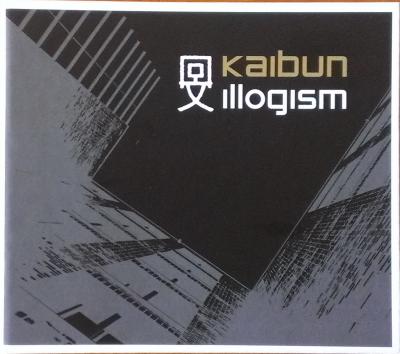 Laurent Delogne has been making industrial with Le Moderniste since 2006 and he has just made his debut on Hands with 'Too Rough Is Never Enough'. But wait, the title here says 'Kaibun'... Well that's another project of Laurent and this is his first album, also on Hands. So two for the price of one, or rather the price of two... After an overload of mashed up beats, is there a difference between the two?

As usual for Hands, the CD has been used to the max, 16 songs and a total of about 75 minutes of music, this is a hard one to chew. Pounding and repetitive beats galore, it sounds like Thunderdome with distortion. Hardcore techno pushed to the max and then taking a few steps further to make sure it will destroy those last few hair cells. Personally, I'm really not waiting for something like this but I guess some sadomasochistic people would...

But when I go and listen to his 'Moderniste' album, well you also get pounding beats (be it slower) and loads of distortion. So I can't see the need for this newly named project... A no go for me, sorry.