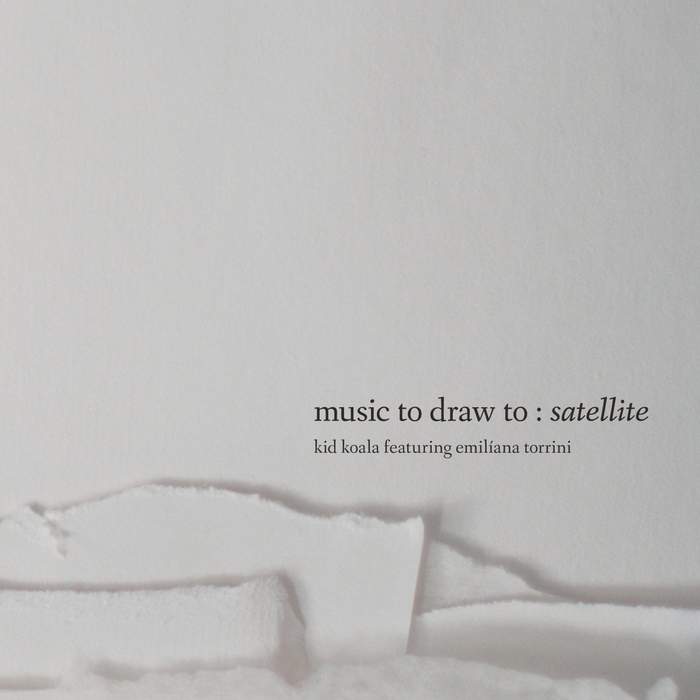 Music To Draw To (Satellite)

Often associated with creating somewhat beatier and scratch-heavy soundscapes than this, Kid Koala's (aka Eric San) latest project sees him hook up with Iceland's ethereal singer Emiliana Torrini for a 70-minute journey through string-driven ambience and organic acoustic downbeats.

Music To Draw To (Satellite) was borne out of Eric San's adoration of space-travel, romance and Torrini's elegiac fragile voice, as well as an article that the singer had recently read about a woman who signs up for a mission to Mars, leaving behind her loved ones. Here, San has embarked upon a rare attempt at writing lyrics, as well as composing the gentle, heart-warming music that sounds a little like Public Service Broadcasting, David Sylvian with Fennesz and some of The The's recent soundtrack work.

The combination as a whole works wonders for the most part and the whole listening experience is ramped up a bit a little more when the vocal tracks are split from the instrumentals - but that's just personal taste because there are highlights across both types. Vocally, Torrini comes up trumps with the transcendental grooves of Adrift and Beneath The Heat, while Koala's crystalline production transports The Observable Universe and Photons to another galaxy and dimension.