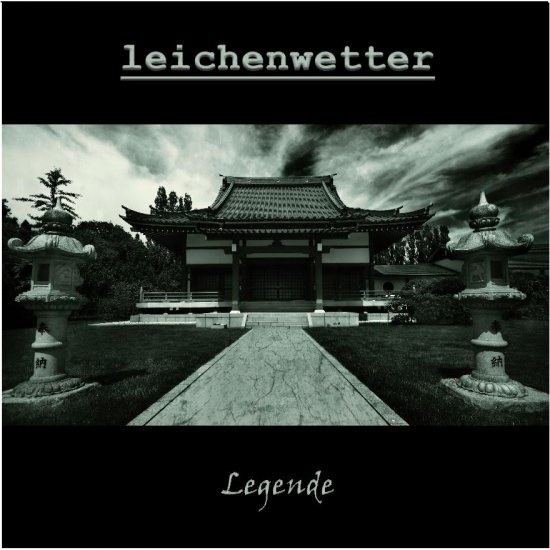 Every country hosts bands that probably will never get outside their frontiers and we think Leichenwetter are such a band.

Never say never, but we don’t think that non-Germans are waiting for a band who take German poems from the likes of Stadler, Trakl, Goethe, Heine or Von Herder as their lyrics. This trick has become something like the band’s character and if we add that this goth metal band doesn’t fear a bombastic approach, you know well the type of music we’re talking about.

Most people will think they’re a sort of Rammstein-clone and in a way they are, but that would be an insult for singer Numen who gives the band its own stamp.

Apart from the poems you were forced to learn at school, you’ll also find a cover from Falco (“Out Of The Dark”) on here.

Anyone who loves bands that are operating in the so called Neue Deutsche Härte-style will enjoy this album. But in the past we knew that even bands like the extremely popular Eisbrecher never make it outside Germany, we're kind of sure that this will be case with Leichenwetter as well.

We know, for some this will be a statement of relief!