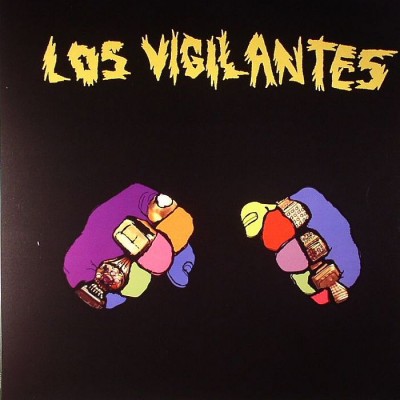 Sometimes it happens that we get some records which we expect absolutely nothing from, and yes...Los Vigilantes were one of those victims as I wasn't that convinced that a punk rock band from San Juan, Puerto Rico would ever rock my world. How wrong was I?
This album had a grip on me from the very beginning and not because they're so original.
After all, garage-punk that found its roots in the 60's has been made before, but it's all in the way they do it as this is rock 'n roll with a capital "R"!
On this album you get fourteen tracks where you'll hear as much Dick Dale as 50's doo-wop influences and this results in one hell of a ride.
Quite unoriginal to say, I know, but if Tarantino ever needs a new band to grace a new forthcoming soundtrack we pray to the ultimate Rockgod that he hears this.
Would Tarantino ever read Peek-A-Boo? Never say never!