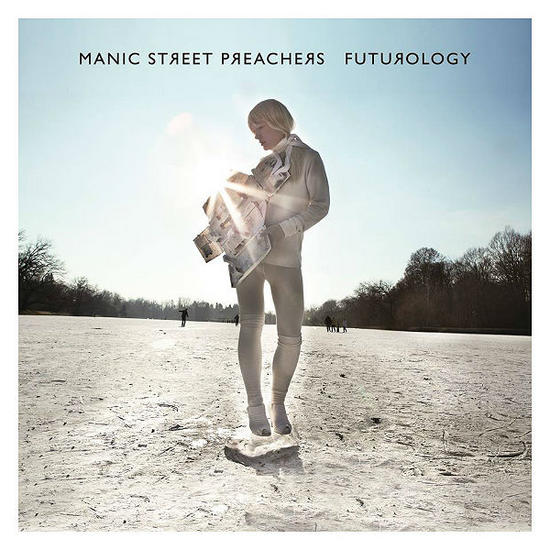 What seems like the Manic's 500th album (it's actually studio-album number 12), Futurology follows hot on the heels of last year's Rewind The Film, barely nine months apart in fact. Less introspective than its predecessor, we're off to a restrained start with the title-track before Walk Me To The Bridge blazes its trail in an epic Slash and Burn style and restores my faith in a band who've frustrated and fascinated in equal measure during the past decade.

Faith No More's We Care a Lot rears its chops during the chorus of the slightly-maniacal and rather good Let's Go To War, while I'm frequently reminded of the good old Manics on much of this album. "Take your badges off and do your show..." they proclaim in lively fashion on The Next Jet To Leave Moscow, while on Europa Geht Durch Mich they dip into I Travel by Simple Minds for the opening line "Europe has a language problem".

It's an aural landscape of soundbites and quotes, dressed up with a sense of urgency and none of the drudgery of recent releases. A guest appearance from Scritti Politti's Green Gartside on Between the Clock and the Bed also turns out to be inspired for what is the album's most languid tune - there's still a sense of the epic about it, mark you. With the possible exception of the cheesy Sex, Love, Money and Power, it's a good album - welcome back. If you can invest in the deluxe edition with the demos, go for it.