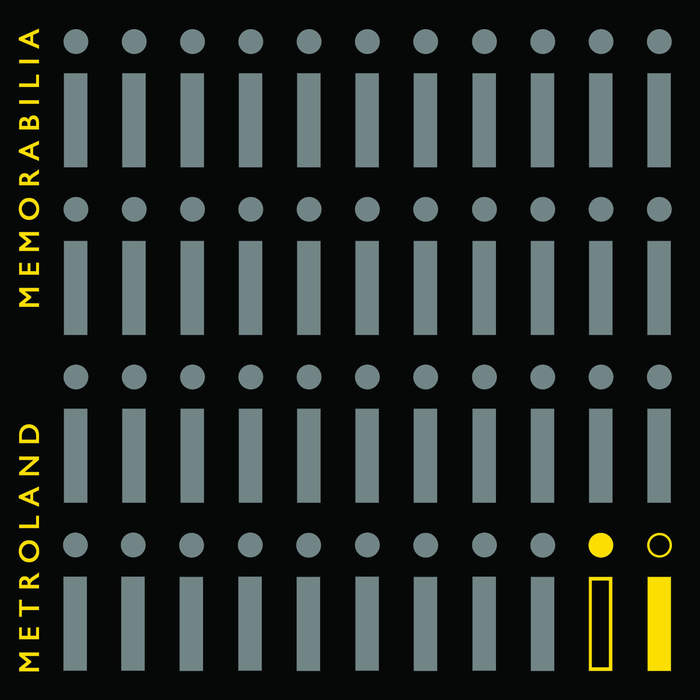 Those two passengers; ‘A’ and ‘S’ of Metroland release two simultaneous singles; ‘Memorabilia’ and ‘Memorabilia Remixes’, the Kraftwerk-inspired, Belgian industrial artists have struck creative gold once more. These releases are taken from, and are actual extensions of the magnificent ‘Men In A Frame’ album, but they show a darker side to the duo's previous work. On ‘Memorabilia’ they show minimalistic, synth-driven sounds are still relevant, across hypnotic beats they use a very direct method of fusing sound and effects, without over using electronics to create a wall of sound they simply let the patterns flow. “Memorabilia” opens with the simplest of synthesizer patterns, a beat solid and pronounced kicks with the effects as they surge around the melody, and this is the heart of Metroland’s gift or even talent, the way they construct very basic melodies and stick in principal to them, even with the jagged twists that the tracks take. The track “Sunwriting” spirals with very punchy beats, writing in an electric haze, with no lyrics but snippets of dialogue to reinforce the themes they create; “He was able to capture a permanent image”. With the souvenir mix of “Memorabilia” we have the introduction of ray-gun style effect, which shoots throughout the opening melody, this mix does differ from the original, not straying from the initial theme but it gives a different, at times more enjoyable perspective. The Remixes give a wholly different idea of the tracks, instead of synth-driven “Memorabilia” now becomes a drum and bass core, with the use of distorted voices and heavy beat building this is actually the better version of the track, it has a greater depth and focus which hypnotizes the listener to a greater extent. With “Sunwriting-Metroland’s Genesis” we have again and even more basic, industrialized version, the subtle bleeps and tones are uniquely delivered, scattered voices in the background does give it an eerie quality. The final track “Heliograph-Datapops Sunwriting” is straight from the early-80s songbook, only in theme however, the robotic-voices give another dimension entirely, even a natural-voice singing is stacked against this computer vocal, again very minimalistic against the rest of the Remixes set, very entertaining nonetheless as is both shades of the ‘Memorabilia’ release. Memorabilia; 1.Memorabilia 2.Sunwriting (Metroland’s Heliograph) 3.Memorabilia (Souvenir Mix) Remixes; 1.Memorabilia (ZUSAMMENKLANG Mix) 2.Sunwriting (Metroland’s Genesis) 3.Heliograph (Datapop’s Sunwriting)