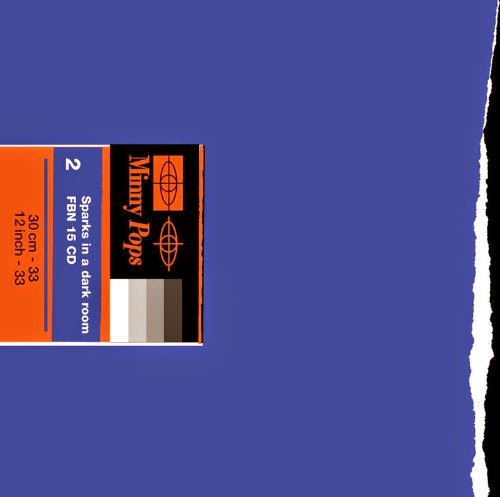 CLASSICS: Sparks in A Dark Room

Named after a tetchy primitive drum-machine and formed some 36 years ago by erudite Dutch composer and performer Wally van Middendorp, Minny Pops' cranky recording career began in 1978 with the subtly-titled single Tits, before later issuing the moody EP Kojak and the harsh debut-album Drastic Measures Drastic Movement. With additional members now on board, it didn't take them too long to establish themselves as a cult electro-angst outfit that troubled many audiences but sadly didn't trouble charts, critics or peers to any lasting degree. Or so you might think.


After some gritty releases on Plurex, Minny Pops would go on to record and release Sparks In A Dark Room in 1982, an impressive album of brief spiky synthesized rock gems that, until recently, has garnered little more than the cursory nod from perplexed onlookers, appreciative audiences (i.e. the ones that weren't intimidated by Wally's unusual stage-presence) and, er, global mega rock-god Slash. He even invited them to support him on a London date a couple of years back - now that's showbusiness. That's rock and roll.

Most recently issued on LTM a decade ago and out of print for a while, the revived Factory benelux label has seen fit to remedy this shocking state of affairs by reclaiming this cracking album, giving it a dusting down and inserting a bonus live disc recorded on the band's acclaimed 'comeback' tour in 2012.

The main event is, of course, Sparks In a Dark Room. Opening instrumental Mountain is a million miles away from the brash electronics of Drastic Measures, almost sounding polished in places until the more familiar motorik angst recovers on A Feeling and the pulsating shimmer on the groovy, gloomy Tracking.

Very much in keeping with Factory and Factory Benelux's indigenous melancholia, the Dutch outfit remain beautifully relentless for the rest of the album until the extra tracks kick in. Dance cut Time is, well, timeless and its b-side Lights is possibly their most accomplished recording to date, a real treasure. Een Kus isn't exactly a bonkers funk cut, bordering on dour, but its manic LTM single flipside Son is another key Pops banger designed to pummel. Plus you get some demo rarities and an updated biog included in the inform sleevenotes.

If you want to investigate the origins of industrial dance or darkwave pop, select Sparks in a Dark Room for your listening pleasure.