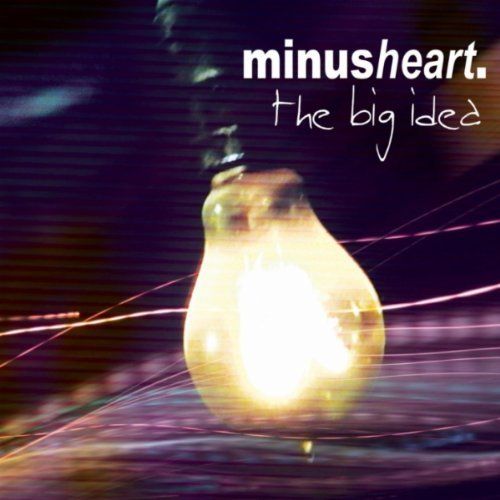 Minusheart is a new formation, riding the crest of the wave. They managed to come up with a new album for the third year in a row. After “Disease” and “Healed”, here is their next brainchild,”The Big Idea”.

On the album "Disease" it was female singer Diver who did most of the vocals. Now I hear only the male vocals from guitarist Benden. I don't know anything about the last two albums but I do know they must have been better because this is absolute junk. Minusheart sounds like a walking cliché, taking some elements from Nitzer Ebb, Skinny Puppy and Ministry but making great music like that sound incredibly cheap and uninspired. Do you know that feeling when you hear three notes of a song and you immediately know how the whole song sounds like? Well you get that feeling every time here. A great album for people who hate surprises. Maybe this can be played on some commercial radio channel?

"Lost One Minute" (or any other song) combines the typical Ministry guitar/electro mix with the cheap accessibility of Tokio Hotel, so you know what to expect. The lyrics are bad enough to make a grown man cry, from despair that is... You could laugh about it but it's just too sad. I suggest they call the album "The Bad Idea". The label will love the fact they make a new album each year, but I prefer quality above quantity.