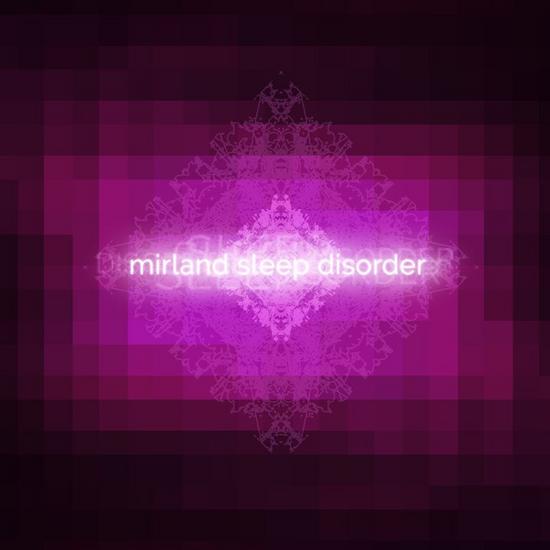 Of course connoisseurs of the genre already know it for years: for exploring perfect electronic sounds, you either have to be in Belgium or Scandinavia! In Denmark we find composer John R. MIRLAND, who just has released his second album Sleep Disorder, again with the help of Claus Larsen (Leæether Strip) who did the mastering.

The successor of Submerge is anything but a happy album, because the songs were written while the musician was seriously ill. It is difficult to categorize Mirland’s music (not that you have to), nevertheless it remains music you better listen to with headphones.

The Completeness of Destruction (speaking of fatal titles!) instantly sets the dark tone. It all sounds a bit like the early days of The Klinik. The piano sounds in the background provide the necessary tristesse, while the dark electro sounds evoke all sorts of fears. Would you walk into Mirland’s dark world, or would you rather wait curiously at the front door? It is a dilemma, because you know that entering will be fatal, Sleep Disorder is indeed an album that takes the listener out of balance, but it also gives him the ultimate beauty...

Human Capital is nice atmospheric music from the heyday of In The Nursery, you know, a soundtrack for a nonexistent film. Tunes that create images for the brain. More beauty comes with Potential Source Of Noise, and with such a title you don't have to think of any genre!

Unknown Territory is ambient with a high industrial factor, while No Mercy almost sounds classical. The most poppy song might be Revolt, but that's probably due to the synthesizer. Only One To Return is dance music and at the same time an auditory pleasure, a piece of music that would fit perfectly in the Ant-Zen catalogue. It was impossible to make a more varied album than this one, in the closing song The Huntsmen we even hear a hint of John Carpenter.

John R. MIRLAND almost tries every style, and many artists would therefore go flat on their face, but in his case, it only works as an advantage.