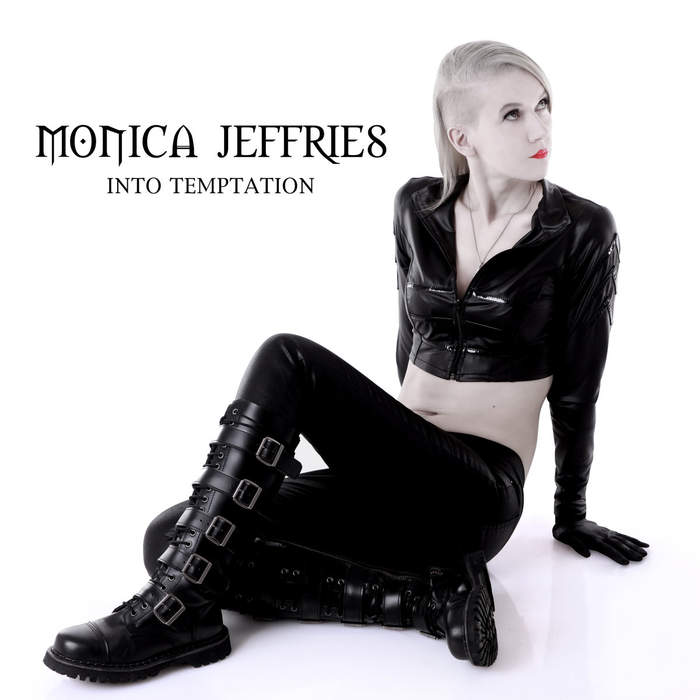 If you follow the underground dark scene (reading Peek-A-Boo means you do), you certainly have heard of Monica Jeffries. During two years she built her own path. This artist with an own, unique, voice was the support act of bands such as DAF, Project Pitchfork and Front Line Assembly. By this, Monica conquered many dark hearts, and after releasing some EP’s, she presents her debut Into Temptation which is released by Trisol. It doesn’t happen that much, but this album doesn’t contain one weak track, it’s a hell of a debut which will please the fans of alternative electroclash with a dark twist.

Into Temptation is the ideal start as Monica mixes classic electroclash with dark industrial beats, the kind of track you like to hear on the alternative dance floor. The beats make you swing, while the words keep your brain thinking. Just what music is all about…This musician who was born in Lodz embraces darkness, but she’s not afraid of adding an irresistible melody. That’s what it all makes so great, No More has addictive EBM-beats, and therefore an anthem for the black scene, but the chorus is pure pop.

Monica’s music is also characterized by irresistible dance (dark) beats. When hearing Window Of Hope it’s clear that this Polish artist shared the stage with Project Pitchfork, the song has the same structure of a classic Peter Spilles-composition: seductive, captivating and quite clever!

Despite its title, Nineteen Eighty-Four is not a cover by Eurythmics, even though this dark electroclash perfectly describes the Orwellian world; just as that 80s classic by Lennox and Stewart did.

The Road Ahead and Waiting For Godot are surely one of the strongest songs, just like In Circles which previously was released as a CD-single, a perfect proof how quickly addictive Monica’s songs become.

There’s also a cover and Monica made the excellent choice: Surrender No Resistance by Absolute Body Control, the splendid minimal pop of Dirk Ivens suits her perfectly.

The album closes with a harsh instrumental One Hundred Twenty-Eight, and that’s exactly what the title says: 120 beats per minute.

As said, not one bad tune in sight, so definitely a perfect album!