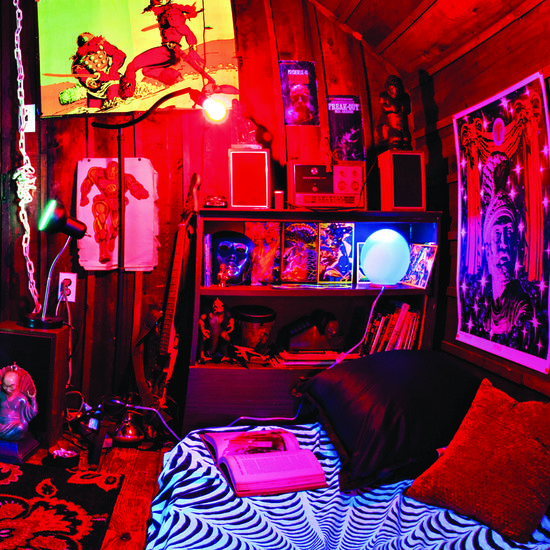 Cobras and Fire (The Mastermind Redux)

After Milking The Stars, which was a new version of Last Patrol, Monster Magnet delivers another new form of an existing album. This time they choose the album Mastermind. The newborn gets the name Cobra’s And Fire (The Mastermind Redux).

Reduction is indeed the right term for his album. The songs on the album Mastermind where filled with grunge and rough elements, but on Cobra’s And Fire they’re delicate and fragile. The rough rock elements are finer and the sharp edges are replaced by more psychedelic elements. Maybe this is not the album diehard fans of Monster Magnet were waiting for, but it opens doors to a wider audience. Nonetheless, it is a very descent Monster Magnet album.

The accent is more on the lyrics and Dave Wyndorf’s voice, it is the same music seen from a different angle that creates a whole different atmosphere. That works very well, especially on tracks like Hallucination Bomb and Gods And Punks. At some points they are very fragile and tender, while at other moments they’re more rough and ruthless. Due to the psychedelic influences, some tracks have a larger atmosphere, you can hear that for example on the The Titan. Maybe you have to listen to this album several times, especially when you are familiar with the original album. But at the end of the day, it is a new approach and you can hear that. Discover it yourself as the album is available from 2nd October 2015.