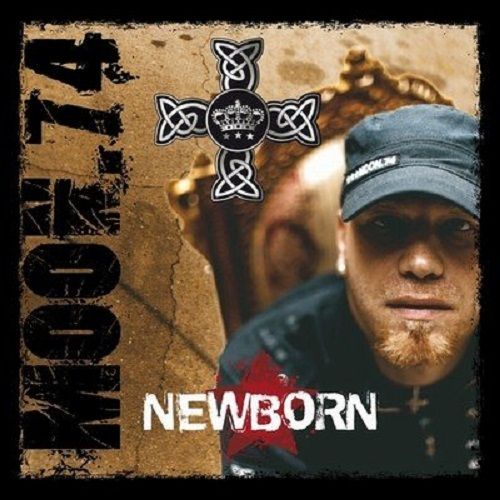 I really must learn not to judge musicians by the way they look. From the moment I saw Moon 74 aka Dominic Hein popping up with his baseball cap I thought for a moment I was in for cross-over rap.
But it seems like God is on my side as not only is Dominic a die hard Depeche Mode fan, he also has surrendered himself to the mighty world of synthpop.
So another band who think they're the newest Depeche Mode?
In a way yes, but Moon 74 give his synthpop a modern twist which not only results in great synth anthems like "Gun" or "It's Hurting Me", but it also shows similarities with the early stuff from Apoptygma Berzerk.
At times the weakest link is Dominic's voice but this disturbing factor is offset by well written melodies, even if the title track "Newborn" is a bit too much of a U2 "With or without you" rip off, to convince us.
Moon 74 is not the greatest synthpop act you'll ever hear but in this genre we've heard much worse and that it almost makes us say: a welcomed relief.