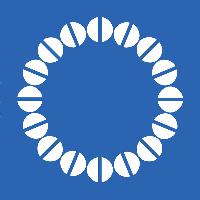 Those who like experimental electronic music will certainly be aware of Thrill Jockey Records, and those same people will know who Mountains are, as their debut “Choral”, released in 2009, became one of the biggest sellers in the label’s history.

Mountains are the duo Brendon Anderegg and Koen Holtkamp and they’re aiming for a sound that search the limits in acoustic and electronic music.

“Air Museum” is kind of special as this is their first record in which all acoustic instruments were used without a computer.

The result is rather breathtaking as their world, which consists mainly of drones, is carved into your soul.

From time to time, it gives you the same feeling as if you’re listening to some Spacemen 3 but where the guitar distortion has been replaced by a drone sound like the one we know from Dirk Serries.