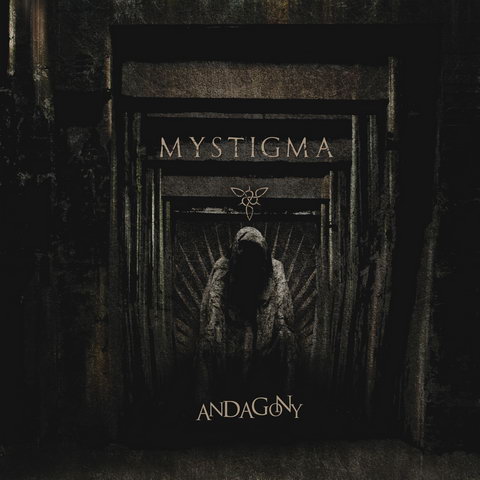 Sometimes you do wonder why some bands decided to change their name and even more, if it's really a smart thing to do. The name of "Tears Of Mystigma" always has been a name in the goth underground but for obscure reasons, the brothers Bäumer decided to shorten it to Mystigma.

Anyway, "Andagony" is the follow up from their debut "Universal Surrender" and this CD hosts the typical sound they're were always known for.

"Quicksand" immediately opens all floodgates for a musical fest that will appeal to traditional gothrock fans, the gothpoppers (whatever that might be!) and even some metal heads, as the guitars seem to come straight from a metal album.

Most of the songs are easy digestible catchy songs based on a strong melody, doomy keyboards, powerful gitar riffs and a melancholic voice. In the past they've been compared to bands like Tiamat and Moonspell and that's indeed the truth. Another truth is that it won't be that difficult to find hundreds of albums like these but as long as it rocks our boat, we can say: keep ‘em coming!