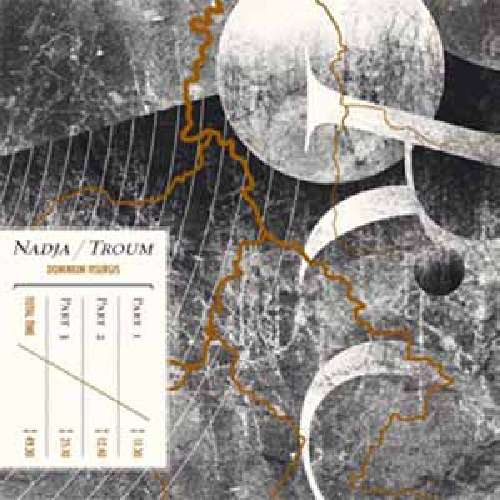 It's not the first time that people have tended to classify the drone genre as something rather boring.
It's kind of true as this genre is a bit overcrowded by non-talents who are using the genre as an outlet to release something.
But in the case of this collaboration, this is a record that will blow you away and you don't even have to be a die hard-fan of the genre to agree on this.
It's kind of dream come true as the Canadian avant metal-drone doom duo Nadja always cited Troum as being one of their main influences.
It's crystal clear that the band, formed around Aidan Baker, are at ease with the Germans from Troum as you get three well structured songs which give all justice to the drone genre like it's been dictated by Fripp and Eno.
Somewhere this album gave me the drone-feeling I have for the Bowie-Eno collaborations of the 70's and knowing that I see this as the best music can get, it's a comparison I only give on rare moments and I guess this is such a moment.
Is it too experimental?
Well, it's not Lady Gaga but, if experimental means "something out of this world" then it is.
Almost brilliant!