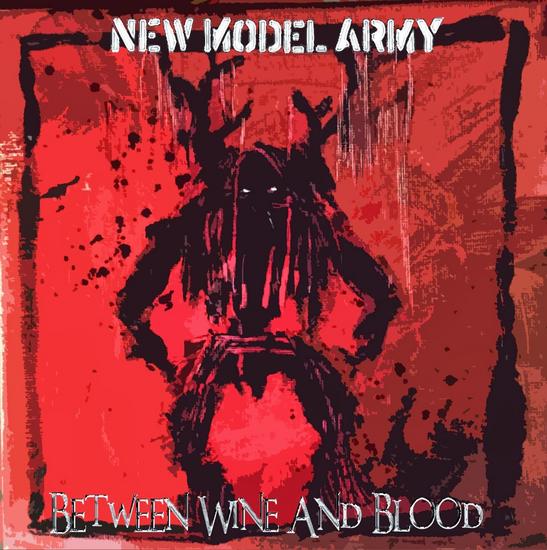 Between Wine and Blood

The band's last album, 2013's Between Dog and Wolf, was something of a return to form, a hark back to basics when NMA really were a revolutionary force to be reckoned with, both live and in the studio. Having invested in a few early albums (Vengeance, No Rest, Thunder and Consolation), several singles (the glorious Poison Street, 51st State and Stupid Questions come recommended) and witnessed them perform an intimate and explosive show in mid-'80s (Plymouth, probably Woods/Monroes - incredible gig, believe me), I've observed Justin Sullivan's charges' coming of age and losing little of their bite even when signed to a major (EMI).

After a successful decade of hit singles and albums, their late '90s and '00s era spawned little but indifference from the press and fashion's fickle finger wanted a new age of music to fiddle with - New Model Army became the forgotten sons of angst-rock until last year. In fact, this companion release to Between Dog and Wolf might even supersede some of it, if not with a chart position, certainly for quality of song. Whatever, the renaissance has well and truly kicked in.

Essentially, Between Wine and Blood is a mini-album of high-quality studio-tracks recorded recently when drummer Michael Dean suffered a few health complications after a pesky operation, accompanied by a bonus spread of live tracks taken from their packed-out 2013 tour. It's a hefty package and lays the foundations for the band's next tour in the winter.

The new songs are up there with some of the band's best moments, particularly the visceral Angry Planet, the reflective narrative of Happy To Be Here and the tribal rumble of Devil's Bargain. Furthermore, Guessing, Sunrise and According To You are all worthy of being singles, if such things existed anymore, they're that good.

The live portion is an accurate representation of New Model Army's relentless stage performances with the setlist comprised of songs plucked from Dog and Wolf. With a stage to prowl around, Sullivan sings with his trademark call-to-arms and the band maintain a pin-sharp backdrop of lyrical injustices, legends and protest. At last, a live album worth shelling out for.

Gritty but poignant, New Model Army's anthemic oeuvre isn't to everyone's taste these days, but if you get off on Frank Turner's story-telling, regardless of background, you could do worse than join this most resilient of musical communities and start your collection here.