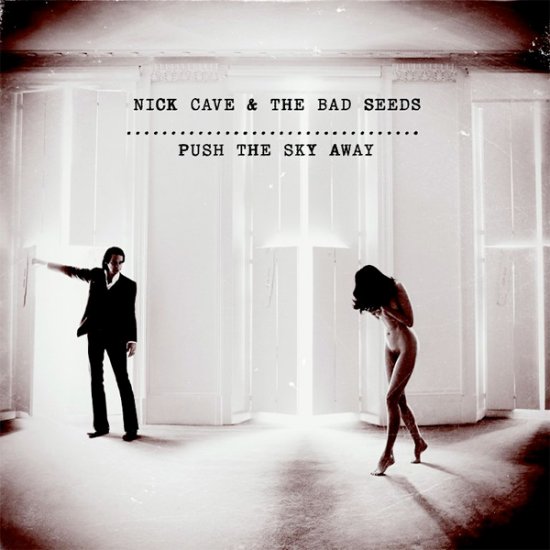 Push the sky away

What a genius man Nick Cave is! He makes music since 1979 (the first official release was with The Boys Next Door) and there’s not a smell of boredom coming up when Nick Cave releases a new album. With his very recognizable style of obscure warmth and craving vocals, he’s always reinventing himself time after time. It took five years since Dig Lazarus Dig was released, but it was worth waiting.

With this 18th studio album with The Bad Seeds, the master digs deeper in the issues he preached about before: love, death, the not so beautiful side of our society... Not only Cave is pushing the limit a bit further again, but the other Bad Seeds do that as well. With a kind of “less is more-mentality” the album sounds simple, but it carries you away in a blink. Rousing sounds while now and then some chaos break the dream. I do miss the more energetic twist from older material like The Mercy Seat or Loverman that can make his live concerts explode. On the other hand, seeing the man on stage at a theatre with red velvet seats has been one of the best concert-experiences I had in my life!

The minimal musical arrangements put the lyrics way up on a pedestal and it’s there where this kind of poetic apex belongs. Like not many others, Cave can hold your attention throughout a complete album, just with his voice. The music is there to amplify the tales and to create the perfect mood that suits with the told story.

Five years is a long time to wait for a next one. I hope he won’t let us wait so long again. But if the next album has the same quality as this one then I'm willing to wait for even six or seven years...

Who am I kidding? Next year would be fine, Mr. Nicholas Edward Cave, if it is all the same for you. Keep on pushing, push the sky away...