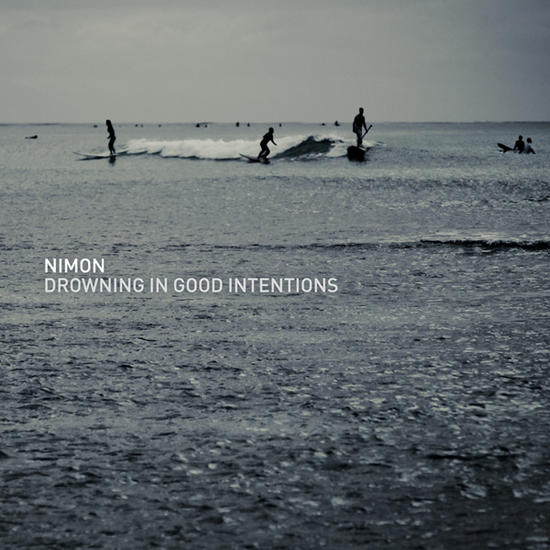 When Keef Baker made Pen Fifteen, his double cd for Hymen Records, he took a few steps towards guitar based music. I guess new ideas and inspiration bubbled up from this approach as here he workes under his new alter ego called Nimon. And while this is still electronic ambient, the use of guitars is omnipresent on this release...

And what a release it is, those who have read a few of my reviews will know I'm fond of the thing Rob Lioy (Access To Arasaka) does. Keith Baker achieves exactly that, a compelling soundtrack with feelings of distress, melancholy and hope.

It has also become a very personal album, dedicated to a family member who passed away two years ago. What better way to cope with loss then to express yourself? I could go on about what song sounds like this or that but you'll just have to hear for yourself. All I will tell you it's a wonderful journey, conjured through the many moods of the human mind and grounded in mother nature itself.