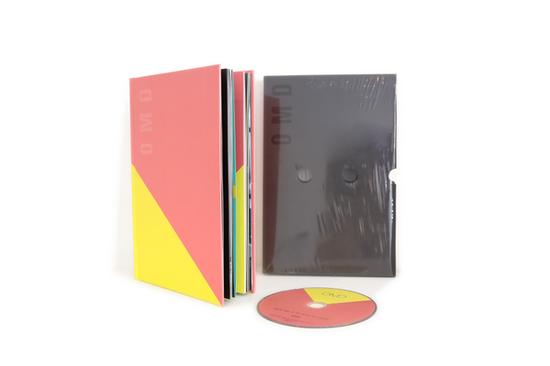 Dazzle Ships At Museum Of Liverpool

Recorded at the band's weekend-long celebration in Liverpool of all matters Dazzle Ships in 2014, this limited CD/DVD box set is a fetching elaborate release that boasts a full live show, a documentary, a Q&A session and the previously unissued extra parts of the Dazzle Ships title-track. The whole shebang came about because of a real-life dazzle ship being moored up in the dry dock in Liverpool, the first one in a century. It was too good an opportunity to not get involved, resulting in OMD staging a fully blown weekend at their hometown's stunning Museum of Liverpool.

The concert itself concentrates on the previously-maligned (but now critically-worshipped) 1983 release Dazzle Ships plus sundry greatest hits and the odd rarity. Quality is crisp, the band are on fine form even without the recovering Mal behind the drums (Winston the tape-machine was relocated from the museum to take centre-stage) and the choice of setlist is rather inspired.

The eerie title-track, the minimalist ABC Auto Industry and Architecture and Morality's plaintive Sealand don't so much kick-start the show as gently coax into life. This stately and ambient trio sets the scene for bouncier inclusions such as the sprightly near-Kraftwerk version of Messages and the powerful Radio Waves, before gems like Souvenir, Enola Gay and Maid of Orleans sparkle in their surroundings.

Rarities include Genetic Engineering b-side 4 Neu, Julia's Song and the majestic International complete with that high note ably delivered with Andy McCluskey's admirable set of tonsils. A pity that Telegraph and Silent Running didn't make the cut for the show, but it's a superb spread of career-spanning songs that did. The package comes in Saville-style packaging with a black slip sleeve to continue the Dazzle Ships theme throughout.

Well worth investing in, Dazzle Ships at the Museum of Liverpool is a must-have document for fans and curious bystanders alike.
This review also appeared also on Flipside Reviews.