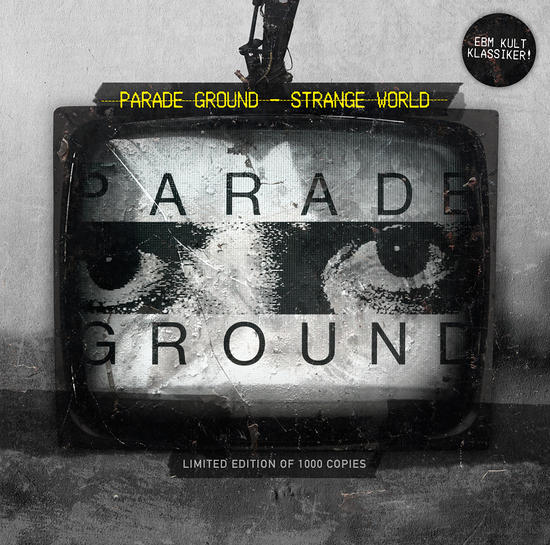 I’m going to say something that I’m not supposed to. Things that reviewers normally don’t say, but then again I know I’m reviewing a band who avoid normal things. Why? Simply, because ordinary things make no sense. It’s not because you can paint a horse that you’re making art, if you get my point.


It’s already been some years ago that I listened to new bands. Well, once in a while something slips through my fingers as I’m supposed to write something about it, but generally speaking I don’t care. I know, words you don’t expect from a reviewer. But it’s simply because with Parade Ground I experienced it all. If people ask me which band is my favourite, I simply answer Parade Ground. Mind you, most of them never heard from them.


Why? Because they are the best band around? Nah, even the lads from R.E.M. or for God’s sake Eric Clapton are better musicians than them. Technically speaking Jean-Marc Pauly and Pierre Pauly are amateurs. But, they do something others don’t. Carving something in the mind. There are times I simply avoid their music, just because it hurts too much. It makes me cry, makes me bang with my head to the wall, looking for a knife…their music evokes feelings in me from which I hope I have never had. Clapton or Dylan never could do that, Jean-Marc Pauly and Pierre Pauly can.


Of course, and here starts the tragedy, their music is only known by a handful of people. It even happens that people say: hey, Parade Ground isn’t that this synthpopband with those weird vocals? Well, true as long as you categorize them as synthpop for melancholic lunatics. In the meantime their stuff is hard to find. Their records were released on PIAS and they were, along with Trisomie 21 and Dole, the best thing the label had to offer. But the label got bigger and Parade Ground sadly enough smaller.


Sometimes it happens that people ask me if Parade Ground are still around. They are and their synthpop has simply become synthnoise, now it's for schizophrenics who can’t decide between live and death.

Just like Dark Entries some years ago, Infacted now have dig up their old recordings and put them on a CD called Strange World. It’s limited to 1000 copies and it’s a part of their EBM-classics series. Is it a good one? If you know tracks like Moans, Strange World, Gold Rush or Action Replay then you know the answer. And there’s more, there are some live versions (Hollywood or Gold Rush) and a collection of rare songs on here. So no, it’s not good, it’s brilliant.

But, apart from giving this review the maximum of points, it’s also a collection of old songs. Songs that are timeless, classics as they say.

I mean, Parade Ground are still going and they’re working on a new album. In all honesty, I’m afraid to listen to it. It will twist my mind, shake my body….and I’m afraid that I will crawl back to the medicine box. But then again, art hurts. Told you that this was going to be a special review. Normally a reviewer doesn’t tell personal things when talking about a band. With Parade Ground I do, simply because my life would have been completely different without them. Better or worse? Schizophrenics can’t answer such questions…