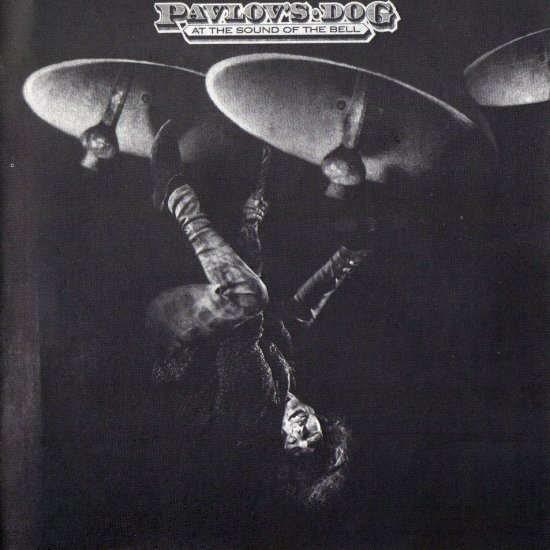 At the sound of the bell

I know, maybe it would have been better by reviewing the debut Pampered Menial (which was released in 1975) nut for some reason At The Sound Of The Bell landed first into my cd-player. Not that it is that important as for some reason (just like all the other fans do) these two albums form a holy duo.

Reviewing an album by this progrockband isn't the easiest of things as you either hate them or worship them, even if I still have to meet the first person who dislike Pavlov's Dog! These six guys who formed a band in St. Louis, Missouri are making prog-rock just like so many others did, but still their music is very, very different. The band were "big" listeners of British progrockbands like King Crimson, Soft Machine, Family, Gentle Giant and of course Genesis and they used these influences to make something quite unique.

It's not only the Bee Gees-voice from frontman David Surkamp which make Pavlov's Dog a godlike band. Nah, everything's perfect....from arrangment to the used ingredients. The album opens with a poppy (almost forgettable) She Came Shining but beneath the pop lies a layer of melancholic feelings. Cos yes, you'll cry on Standing Here With You, Mersey and you'll definitely burst out in tears once you reach Valkerie or Early Morning On.

Every song is perfect and I'm sure (at least that's in my case) you'll hear the album a thousand times once you discovered it and no (if I'm not counting King Crimson) then Pavlov's Dog is the sole progrockband in my collection, so there you go!

It's not the first time that this album (just like the debut Pampered Menial) got reissued but the version on Cherry Red is digitally remastered and even if there are no extra tracks on it, the cd comes with a mighty booklet in where you can finds lots of information about this essential band.

If you never tried Pavlov's Dog, you better do as changes are big they'll chance your life. And yes, these are the kind of albums you'll take to that famous island.... Classic.