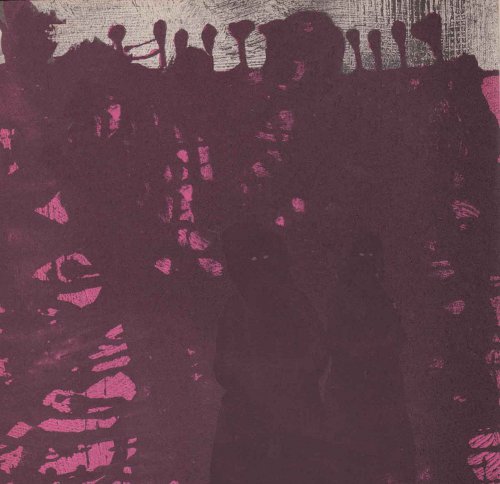 Lovers of dark ambient, drone and death rock, Pinkish Black is for you. Their record company, Handmade Birds, announce "monstrous doomwaves of texture and deathrock coming from Daron Beck (Pointy Shoe Factory) and Jon Teague (Yeti), from Fort Worth in Texas, who are continuing the musical evolution they began as The Great Tyrant (with the late Tommy Atkins). From the ominous cloud of post melodic sludge (Bodies In Tow) to the raging fanaticism akin to the best moments of classic The Birthday Party or Filth era Swans (Fall Down), Pinkish Black offer a true homage to the album as entity. Their music is in turns abrasive, turbulent, darkly melodic, and hauntingly beautiful - the soundtrack for a fever dream. Fans of Suicide, Magma and Scott Walker should lend an ear. Bow to the sonic shrine that has been so carefully constructed. Weep and rage." In my opinion, it also evokes The Soft Moon, Coph Nia, Doors, Hawkwind and Trance To The Sun. The album is one of Pitchfork.com's favorites, so,... Check them out on bandcamp or spotify.