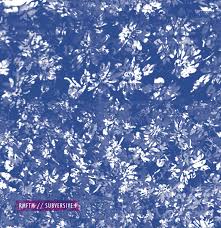 RADAR MEN FROM THE MOON

It is no longer a problem if nobody plays your stuff on the radio, because in the most democratic manner the underground will raise your voice, at least if you have enough quality! And that is something Radar Men From The Moon of Eindhoven has plenty of!

These four guys play instrumental psychedelic rock, but of the kind that you rarely heard before, because these Dutch like to throw some shoegaze and krautrock in their psychedelic sound. Previously, they released the debut Echo Forever on Fuzz Club, and at the same the English shoegaze label has released the EP Subversive I, featuring four songs.

Deconstruction reveals why so many people talk about Radar Men From The Moon these days. But, what is it exactly? You hear some melodic guitars in Ride style, there’s the primeval chaos of post-punk, the rhythm of A Certain Ratio, but also something of Hawkwind. Whatever the category is, it is certainly instrumental music that gives you a smack in the face! This is music that makes you live. And although it is quite noisy, it does not end in a cacophony.

Habitual is repetitive but addictive. The bass reminds you of what Steve Hanley did with The Fall nearly twenty years ago. Neon is like Spacemen 3, complemented with the aggression of Suicide and in the background a post-punk guitar. And ending song Hacienda is well, another psychedelic pop gem!

No, they don’t fit in any box, and if they do, then it must be with the f of fantastic!

Next reviews
TUSEN AR UNDER JORD • Sorgsendömet Fobos
GENERAL LEE • Knives Out Everybody!
VITA NOCTIS • No Place For You
HERMAN 'SHERMAN FILTERBANK' GILLIS • Ten Albums That Changed My Life
STAKBABBER • Polarized
CHAINREACTOR • Dirt
MICHELLE MERCER • Will You Take Me As I Am (Joni Mitchell’s Blue Period)
JOZEF VAN WISSEM • It Is Time For You To Return
SKIP & DIE • Cosmic Serpents
ZEITGEIST ZERO • Ghosts Of Victory