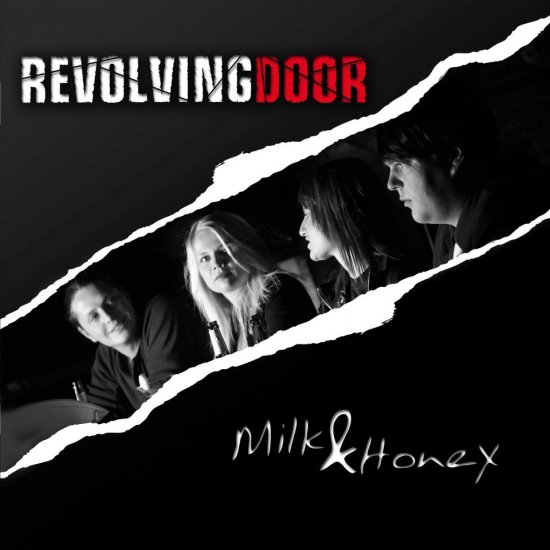 Already from the first song 'Life's a Bitch' I get the impression that this is really a great one. I was also thinking that this was the new cd from Evanescence, but later on I discovered some No Doubt influences (for sure Gwen Stefani's voice), which are both very flattering. Not only the voice of Liesa, but also the drums and the guitars really sound great. And you know: life really is a bitch, a rocking bitch! The songs are not epic, but really short and straightforward and yes: I love it. Start headbanging and get an arm in the air, it's almost like on automatic pilot, stronger than yourself. Another good thing is that Liesa not only has a great voice, she has the energy and poses like the song 'Lord of the Boards' from Guano Apes and looks very blond and cute. 'Ode To Champagne' is a great song, a weird songtitle for a metalband like this, but still: it rocks like a great and worldwide known band should sound like (day after day). 'Milk & Honey' has even some punk-minded vibe (for sure the screaming). 'Insane Jealousy' is a steamy song, almost coming straight from the heart and has a real hit potential! 'Marilyn' has nice lyrics, just listen to it, great songwriting and a nice break! With 'Swallow' I have some strange feeling while listening to the lyrics, but maybe the band can explain it to me (what is this swallowing about?). In the end I even recognize some strange melodic Adele touch in 'My better days' mixed with Gwen Stefani's voice, which is still a good thing. I'm sure that in the end we have discovered another great band, which will survive and go a long way in the right direction. So please give it a chance and start listening to this record...