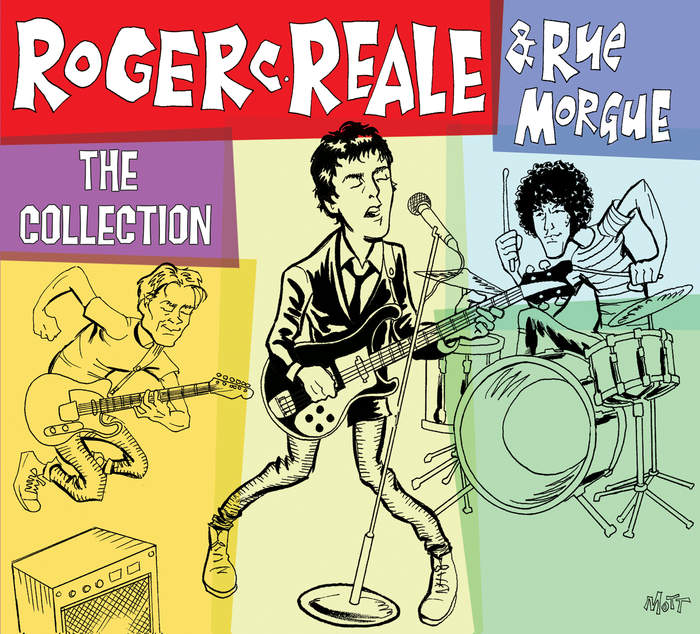 I find it amazing, that after years, we can still discover something new from our favorite artists. Not just another released-every-year-Hendrix records. And sometimes such occasions seem like a random Christmas for fans. The release of the new compilation of Roger C. Reale & Rue Morgue is an ideal example of such a case.

Released by Rave On Records, the compilation includes material of their debut “Radioactive”, as well as some unreleased tracks. Probably the best way to describe it would be to say that the record sounds like “New Rose” played by kings of rock-n-roll. There’s the drive of Chuck Berry, the furiousness of Jerry Lee Lewis and a certain charm of early Elvis. Rue Morgue figured out the element of their creativity, that once inspired dozens of punk-bands, being listening to Mick Ronson’s guitar chords, and increased the effect of it. He would make you cry, or make you sit and listen silently, waiting for something...Or would play one simple chord that would blow your mind. But with it, they didn’t sound like a punk band. Though, by the time Rue Morgue recorded most of these songs punk-rock became a formed genre. And the elements of the movement mixed with their primary influences. “Radioactive” sounds like an ideal punk-rock song. Strong, furious, with loud guitar chords and wonderful lyrics. At the end, bluesy chords prevail on the record. Even with such adrenaline-driving songs as “Rock It To The Kremlin”. Or romantic and heartbreaking songs like “Living In Anger”.