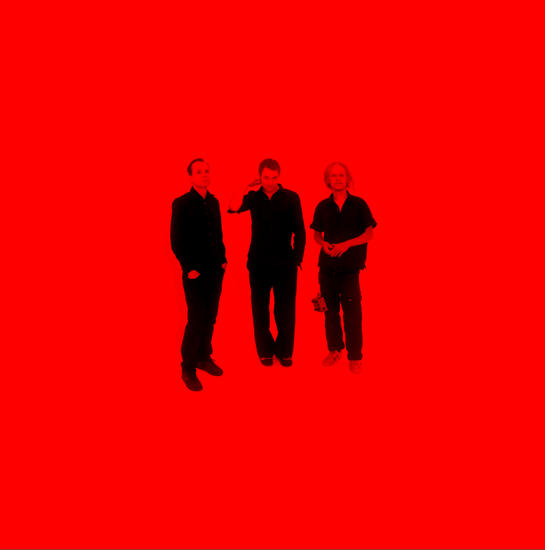 With screaming synths, thumping drums and nifty poetry Rooie Waas engaged themselves in surveying the boundaries between different genres of music and the limits of music itself.

I'm since their start fans of Aroma di Amore and what these people do is somehow in the same line, anno 2014! The electronics are updated, the lyrics are crazy, just as the sound. This is modern minimal wave versus experimental hip hop and electronics. The tempo is a bit slow, but if you see the bigger deal about it... you are getting engaged into their nice pieces of art. I love the vocals; they are raw and whispering, but sound so true... Ok, they sing in their mother language but I think that their sound goes beyond the border of Belgium and the Netherlands...

Song like 'Nu is nu', 'Doe niet zo moeilijk!', 'Raar' (is a nice duet, love the sexy sound of it and the funky lyrics), 'Hoppa' (more tribal minded or should I say trip hop minded with nice electro and industrial influences?), 'Ja Nee' and 'Wat is dit nu weer?' (nice tribal sound)... will haunt my head, for sure!

It was fun listening to something else!