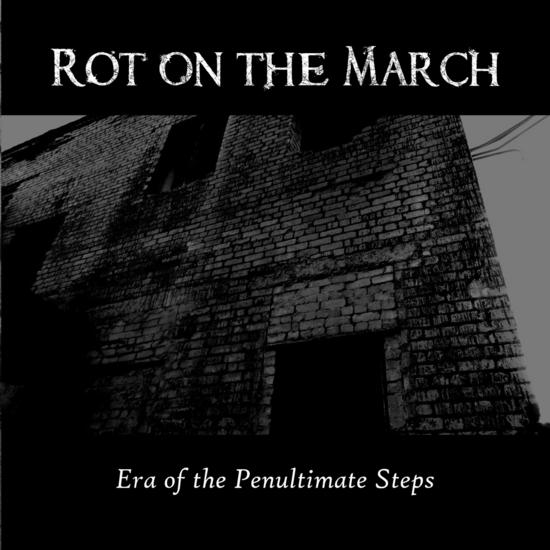 ROT ON THE MARCH

Era of the Penultimate Steps

Listening to this one after Aeon Sable puts things into the right place. The Music is in between Fields of The Nephilim & The Cure (retro sound). Rot on the March has good musicians, but no singer. Song after song his voice irritates me. It's the voice of one who tries in vain to get the good vibe. Only when others back up the vocals get lifted up. To be honest I heard this same thing with Belgium demo band Erato, after their singer left the band and got replaced. Sadly enough for a lot of non-signed bands this one got signed by Afmusic. One good advice for the people behind this band: look after another singer or ask Victoria Shikova to take the lead (or Julia Morti). It's not my usual thing, but sometimes a reviewer needs to set out his perks and set out his personal opinion.

On a positive note: 'In Between Days' must be the first highlight of the album (although it has nothing to do with The Cure). The music is here at its best & the voice is bearable. The last one is 'To Joyful & Mad' where Victoria Shikova sings too (and that's the only reason for liking it): she really has a lovely voice (a bit like Julia Beyer).

So folks, it's up to you, but I wouldn't buy this album.

Hear if you want to check: