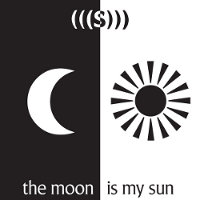 The moon is my sun

Well, as a starter 'Alive/Die' reminds me a bit too much about Giorgio Moroder 'Chase' (but then speeded up), mixed with some Human League and Blur.

The other songs are like Blur reworking some 80's music. The second one 'Ballet of the wolves' sounds like the uptempo version of 'Girls and boys' from Blur with the voice of Damon Albarn and some women but with different lyrics.

'Shadowboxing' sounds very retro with a very upfronted synth sound. The voices are a bit like a fight between Damon Albarn and some female (distorted) voice. 'Truthdrug' has a simple beat and sounds very retro and indeed: a bit like played on drugs. The synths plays a very positive role, just as the electric drums.

The minimal wave sound on 'Lovething' is for sure a highlight on this cd. 'TheMeTheYou' has a nice bass and a very poppy sound with a synth that reminds me of the sound I recall coming from Suicide Commando's 'Necrophilia'.

Somehow I have mixed emotions about this cd. I like retro, but just making uptempo versions from other songs adding a few new things and hoping for the best, is that a good thing?