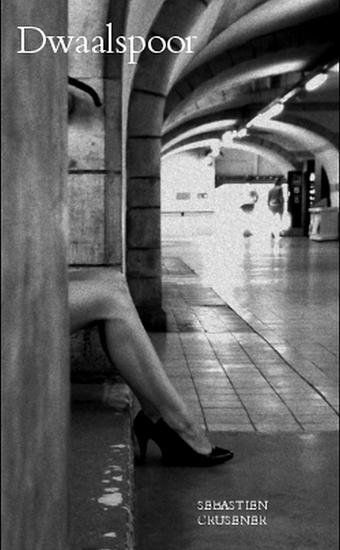 Sebastien Crusener is an artist from Gent, who is a oa working as a DJ for the Dutch internet radio Intergalactic FM. On the tape “Dwaalspoor” he teams up with Ian Martin. It’s one track of almost 40 minutes, recorded during a train ride between Ghent and Brussels. The result seems to be inspired by the cold, unimaginative, drafty and dark train stations along the way, because the track is basically one long haunting drone sound.

The one long repeating drone is, when you listen carefully, accompanied by some other sounds in the background (like the sound of birds). Their minimalist approach strengthens the uncomfortable feeling any traveller has when he is waiting in the dark on an almost deserted, not well-lit platform, standing there and hoping that he didn’t miss the last train, while the shadows and the few people around, they spread, for one reason or another, an oppresive feeling of insecurity. The track “Dwaalspoor” never gives you the feeling of a happy ending, despite the reassuring sound of birds, singing around you. If you are up for the challenge and don’t mind not knowing where this will lead you (“Dwaalspoor”), then this is music for you.