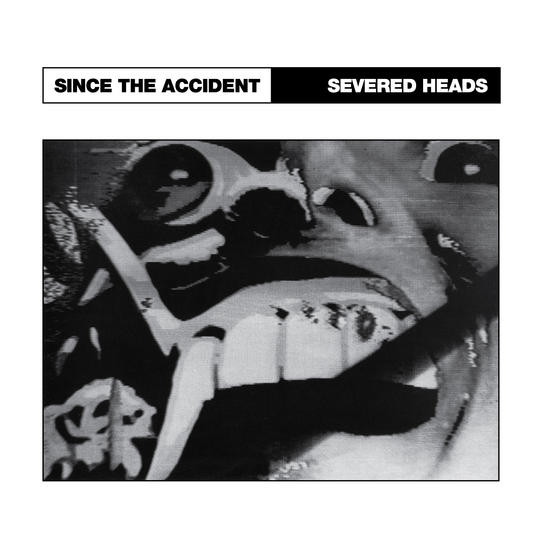 Severed Heads were founded in Australia in 1979 by Richard Fielding and Andrew Wright, very soon they were joined by Tom Ellard. The band name was chosen because they thought it would be funny for a trio Australians to get lumped in with scary British industrialists. Richard and Andrew left the band soon, and Ellard became the leading member and brain of this project. He retained the passion for tape loops, that was the core of the early Severed Heads sound. This album ‘ Since The Accident’ was made in 1983, and here you find the first small appearances of electro pop elements that would define the band in the future. The best know track on this album is of course ‘Dead Eyes Opened’, a rhythmic synthesizer song, that strangely even made it into the Australian charts. The rest of the album is another thing, and sounds in no way like Dead Eyes Opened. Ellard liked to add different tape collages and experimental sounds to his tracks. So it all sounds very chaotic, maybe a track like ‘ A Million Miles’ is the most melodic one, but for the rest the melodies are in short supply on this album.

Ellard disbanded the group in 2007 and continued with other projects. They had a small reunion in 2010 for a 30th anniversary concert, and in 2011 they appeared at BIMFEST in Antwerp, and they surprised everyone to support Gary Numan on his Australian tour.

This album, ‘Since The Accident’ is special, because apart of ‘Dead Eyes Opened’, it is strictly for the lovers of early experimental industrial music, but is remains a charismatic and inspired one. And a big example for the future of lots of electro and industrial bands. This LP is presented on a high quality heavyweight Limited Edition Black & White "Half & Half" Colored 180gram Vinyl, and features a bonus, limited edition, LP insert compiled by Tom Ellard himself, with ephemera from that time.

Side A : A Relic Of The Empire / A Million Angels / Houses Still Standing / Gashing The Old Mae West / Dead Eyes Opened / Golden Boy

Side B : Godsong / Epilepsy / Exploring The Secrets Of Treating Mutes / Brasserie, In Rome / Wasps.