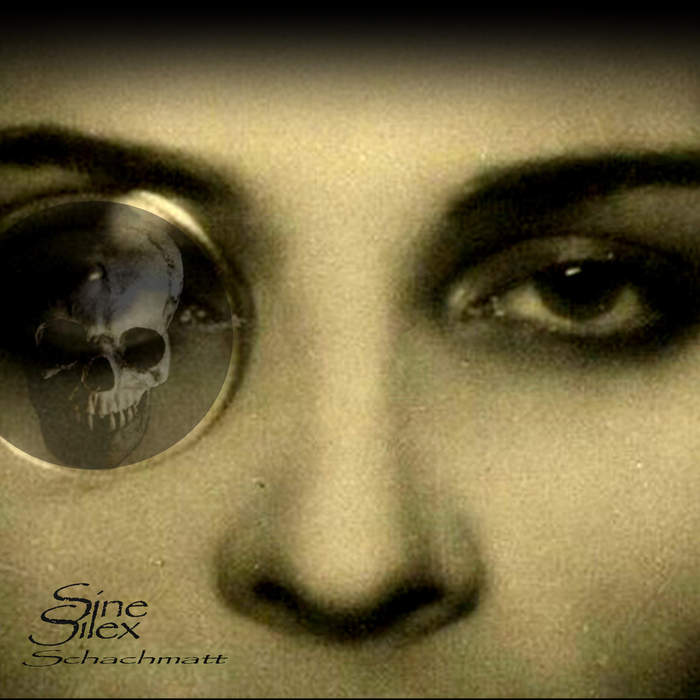 Sine Silex is a minimal synthwave/dreampop band with two members: Kriistal Ann (also half of the band Paradox Obscur) and Chroma Carbon (also band Factice Factory). Toxic Razor (musical centipede and the othar 'half' of Paradox Obscur) produced the album Schachmatt, which is released by Werkstatt Recordings.

The album contains 10 songs. Both members sing, the music sounds very vintage with very dark and painfully slow synths with a typical cold drum sound. The lyrics are diverse: in English and French. The voices of Anna and Chroma complement each other: the darker and deeper sound of Chroma and the mythical and sometimes heavenly voice of Anna.

Operative has a seasoned eighties sound, while Ether consists of a more millennium and more uptempo synth sound. Six To Twenty Seconds dances on a tune as if it was a heartbeat. And the diversity, allthough we can say that everything is old school synthwave, becomes obviously clear in a song like Les Nimbes, in which the analog machinery goes all the way.

Modeliste takes us back to the eighties. Nénuphar contains more modern sounds. I even hear some drum 'n bass.

Over all, this is a great album for those who like good old synthwave. Werkstatt Recordings releases an excellent longplayer, available (limited) on cassette, CD and deluxe digipac.