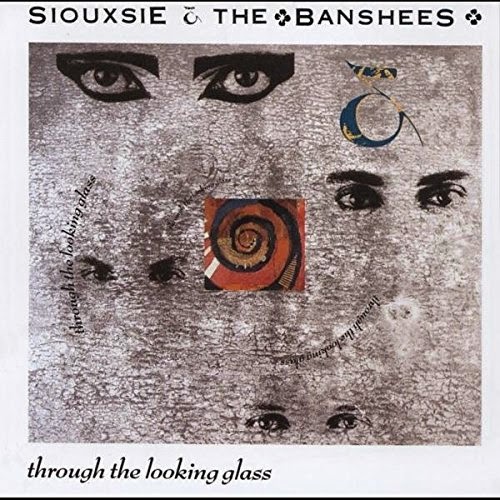 CLASSICS: Through The Looking Glass

For seventeen whirlwind years, Siouxsie Sioux's intense punk-goth-rock-pop outfit racked up an incredible eighteen Top 40 singles and almost as many chart-bothering albums, including compilations and live documents. Their final four studio-albums might not have been their most successful in terms of sales but creatively-speaking, they're perhaps the most ground-breaking.

The covers-album. As the series' sleeve-notes scribe Jon Wilde quite rightly states, established bands covering other people's songs normally denotes a crack in the contract, a flaw in the relationship betwixt label and artist. TTLG was rather a brave project - Sparks, Kraftwerk, Television, Iggy Pop were not the most obvious bands to cover at the time but the band admirably chose songs that had previously made an impact on their formative teenage years. They pretty much own Kraftwerk's Hall Of Mirrors to be honest. I'm imagining an extended club mix for this - I wonder if one exists (yet). As for covering a Disney song, in lesser hands the very idea might have resulted in trite hogwash. Here, Sioux trills her way through The Jungle Book's Trust In Me with considerable ease. She owns it, frankly. There are more surprises throughout this curious album well worth seeking out though sadly one of the bonuses isn't one of them - there's a reason why the distinctly average and non-album single Song From The Edge Of The World only reached #59.