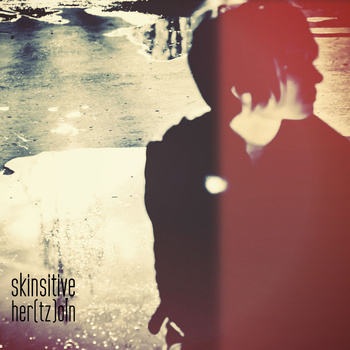 This French band describes themselves as a mix between Trent Reznor & PJ Harvey. I think they are right! I listened several time to this record before reviewing it and I must say: I have like 30 to 50 mails that I have to spit out with nothing but musiclinks, so already picking them out means I feel something for it.

There is another French band that I really love and that would fit into the description: APRIL.

The first song starts with a ticking clock, well it turns out to be a ticking bomb! Ok, this one is a bit poppy in the start, with a piano that could have come from a Nine Inch Nails song, just as the jumping in guitars. There is even some room for a little bit of an African rythm section. Nodding my head after a while, it turns out to be a great mix of all kind of genres, including melodic metal! '

Godless is a nice screamer with breakbeats and some opera voice. Again APRIL would have fit in perfectly! Guano Apes too! In the whoredom of Hell goes further on the road called Post-Metal, I love the voice and the slow downs! Fuckorama is a great song, not only because of its title. It has some Marilyn Manson versus Guano Apes in it, but then in a female way!

Carol-Ïne is a nice and soft one, a bit like a typical 'APRIL' electro ballad with nice background singers and a nice part in French. I leave the rest of the songs up to you, it was fun! I'm pretty sure we will hear more from this band!