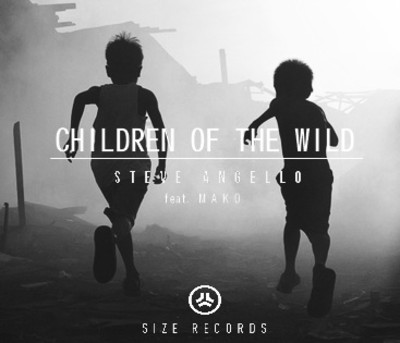 Children Of The Wild

Angello and Mako (plus some, er, children) provide the next fist-pumping anthem to drink Breezers by. It's not good. The start sounds like a rock ballad by Scorpions or some such lighter-waving hairies, before the whole thing builds and builds and builds without so much as a chorus to wipe its feet with. Four minutes, eleven seconds of my life I'll never get back, Children Of The Wild is by turns a dated aural miasma I never want to hear again because it reminds me of souped-up saloon cars being raced around city streets or, at best, being used to create 'donuts' in DIY store car-parks on a wet Tuesday. It'll sell bucketloads.

Next reviews
SUICIDE COMMANDO • The Pain That You Like
PIERRE MOREL • The Gunman
PRONOISE • Ten albums that changed my life!
RUPERT WYATT • The Gambler
MUSE • Reapers
DENNIS HOPPER • Colors
GEORGE MILLER • MAD MAX: FURY ROAD
ANDY & LANA WACHOWSKI • Jupiter Ascending
IRON FIST OF THE SUN • We Can Yield Your Own Footsteps
HAELOS • Earth Not Above