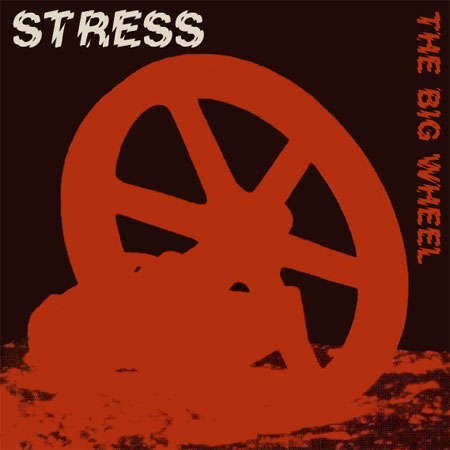 Maybe I am the one who is to blame but I’ve never heard before of Stress. Well, of course I’m familiar with the disease but not with the band that is fronted by Alan Rider & Phil Clarke in 1981. But then again in those days I was still playing with my beloved matchbox-cars while these two men were releasing songs through cassettes on various fanzines. The only album they ever made was in 1985, that selftitled minialbum contained six tracks and in fact it was also a bit the end.

I still don’t know if it’s caused by a lack of current talent but small labels around the world are digging in the rich musical past and they re-release all these long forgotten gems. Coincidence or not, but two of the finest of these labels (Dark Entries and the Russian based Other Voices Records) have rereleased material by Stress.

The album on Other Voices Records is probably the most complete you can find as 27 years later the label offers you the mini-album plus lots of bonus tracks.

It’s very difficult to label Stress and that’s probably why they have never got the success they deserved to have. There’s no doubt the post-punk touch (think Gang Of Four), there are some Factory-influences (from Crispy Ambulance to the funky A Certain Ratio) and they certainly have been influenced by the avant-garde-electro from Attrition as well.

The Big Wheel is not an easy record, that’s for sure. It takes several listens before you get hooked on it, but once you got the vibe, the only conclusion you can draw is that The Big Wheel is another lost 80’s-classic that has to be discovered.

This album is now available on Other Voices Records.