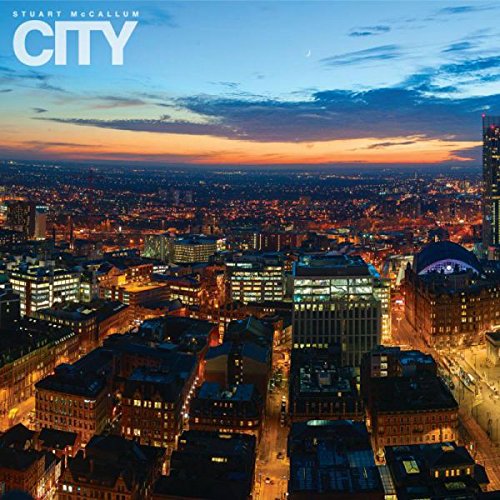 Plucky guitarist McCallum's previous long-player 2011's Distilled reached a wider audience than his previous two albums - a widescreen opus that explored the world of mellow electronica, atmospherics and nu-jazz in digestible chunks. City continues this exploration still further with the addition of vocalist Sophie Barker (from the not dissimilar Zero 7) and producer and drummer Richard Spaven whom he met whilst working in Cinematic Orchestra.

It would be churlish to ignore the influence of both performers on this fourth album but it's still Mccallum's signature picking style that stands tall here. The opening title-track features the deftest of contemporary jazzist plucking that weaves and caresses the ears sublimely with snippets of JP Cooper's soothing trilling adding to the mix. Honeyed vocals from Barker provides another dimension to the closing Said and Done, while Sharlene Hector is normally used to supporting Basement Jaxx rather than sweetly crooning on the almost horizontal wooziness of North Star.

As if to prove there's no shortage of musicians queuing up to spar with McCallum's languid guitar work, violinist Emma Sweeney is drafted in to swell Trio Seven into a reflective lament. But the guests don't run or ruin things here - this is all about the Mancunian lengthening his stride and broadening his creative horizons to not only please himself but shift his oeuvre towards a wider audience and, dare I suggest, the odd award with a shorter more concise companion to the preceding Distilled.