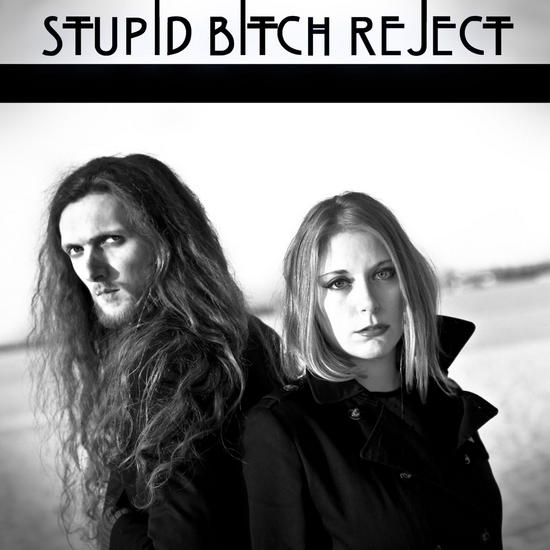 Stupid Bitch Project is a French project, based in Paris, of ' The Skeletonz' guitarist Franck Pelliccioli, and vocalist Ophelie Lecompte. This band formed in September 2012.

This band (still find it a strange bandname), tempers solid gothic elements with cold and new wave elements. I really like this album, because it has many influences and styles.

The openings track 'Bean Niochain', has a guitar riff that reminds me of the Cure, and have very strong vocals from Ophelie. 'Side By Side', speeds up the tempo and has a nice 80's influence from bands like Echo and the Bunnymen or Siouxsie, also this track is quite danceable. Then a track with a little more electronics 'Inside My Asylum', danceable, and a bassline reminding me of early Sisters of Mercy. My personal favorite from this strong debut album. Ending with a more experimental track 'How It Tastes', with some industrial rhythm, and again some very expressive vocals from Ophelie.