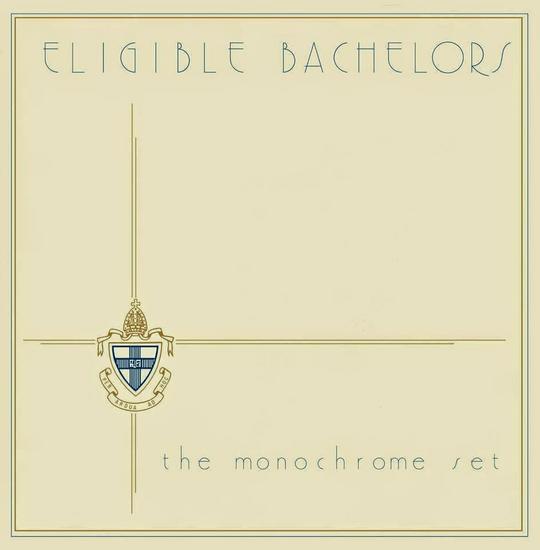 Originally issued on Cherry Red in 1982, The Monochrome Set's third stab at world domination saw them aim a little wider than student bedrooms with a somewhat cosmopolitan collection of songs that includes the now-classic Jet Set Junta and the single The Ruling Class. Now just 33 years later comes another superb vinyl repackage and facsimile from Optic Nerve, the team that gave you excellent recent wax represses of Girls At Our Best and Cud.

Pressed on quality coloured vinyl with two extra tracks, the admittedly not-hard-to-find Cast a Long Shadow and it's b-side J.D.H.A.N.E.Y., the mood of Eligible Bachelors is certainly as light as its colour. The Mating Game lists just about every legal sexual act over a jolly jazzy indie-pop without one hint of irony while the brilliantly-titled Great Barrier Riff has a mind-bending intro and a bonkers bongo backbeat laced with Bacharach-style harmonies, a fitting climax (oo-er missus) if ever there was one. A neat, nifty and natty labour of love.