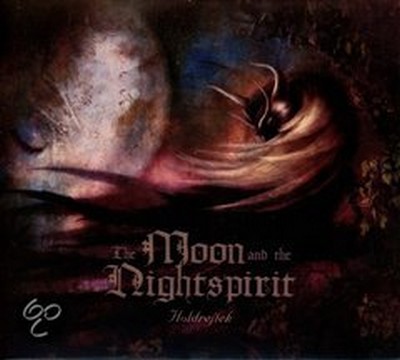 THE MOON AND THE NIGHTSPIRIT

THE MOON AND THE NIGHTSPIRIT is known from their melancholic, but also danceable (medieval) folk. Their strength is that they can mix both wonderfully in one song and keep it balanced throughout a whole album. Centrepiece in the music is (mostly) the lovely voice of Ágnes and her violin, but she can only shine as long as Mihály is playing his acoustic guitar and sometimes whispers in the background (like in Álomszovo or Mikrokozmosz pt. 1). If you compare Holdrejtek with their earlier albums the progression is in the details.

22
12 DERISION CULT
An Interview With Dave McAnally of Derision Cult
16
12 OK LION
I didn't convince Patrick Codenys to work with us, it was his idea!
30
11 THE JUGGERNAUTS
Letâs leave the love dramas and (fake) feel good theme to pop music and the brain dead Tik-Tok generation.
28
11 MONSTERGOD
With their most recent release âOzymandiasâ Monstergod prove that dark sounds and poetry may go hand in hand to reach the effect that is both mesmerizing and dynamic in the most excellent hard-hitting way.
29
10 PSY'AVIAH
Wanting to have everything under control is problematic, as is wanting to have nothing under control.