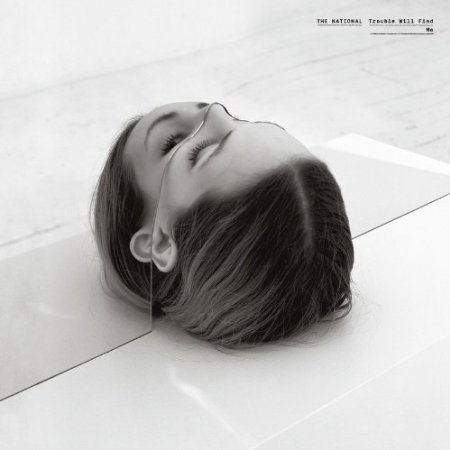 Trouble Will Find Me

Sensitive, sullen and superb - three words that perfectly describe the sixth album from Matt Beringer's atmospheric favourites, unlike the endless stream of superlatives already being bandied about in the music blogs and press. While lengthy accolades are rightful, perhaps the fuss about how 'deep' and 'literary' the band's isn't - after all, The National make fairly straight-forward indie-rock that's been churned out of the States for many decades. Don't they? No.

What sets them apart is simple - Beringer's sultry baritone, the band's musical catharsis and each album's overall emotive subsistence, enough to fill the hearts and minds of an ever-growing audience via radio, online and concert rotation. Not bad for a band that, just a few years ago prior to releasing the crossover album High Violet, had seemingly hit the ground in a creative coma - in short, nobody was prepared to buy into the band's gloom and doom. Now they are.

Trouble Will Find Me is a title that already points the listener towards a box of man-size and a bottomless bourbon bottle, finishing off he/she completely by the time side 1 of this sprawling double comes to an end. The familiar Demons broods, I Should Live in Salt wrestles with a conscious and the tense Fireproof melts hearts all in the space of 15 arduous minutes. Never mind the following three sides of gut-twisting melancholia waiting around the proverbial corner, The National's deft might is as subtle as it is prominent.

For sheer trauma, head to sides 3 & 4. Between them, they dish out doleful treasures such as Pink Rabbits ("I couldn't find quiet, I went out in the rain/I was just soaking my head to un-rattle my brain"), Slipped ("I'm having trouble inside my skin/I'm having trouble keeping my skeletons in") and I Need My Girl ("There're some things that I should never laugh about in front of family"). The albums closer, Hard to Find, is perhaps the most lyrically simplistic example here - musically, it's funereal and dismissive and rather wonderful.

Beringer clearly has issues and, to coin the album's second song, demons to exorcise - thank the Lord he chose us to practice on.