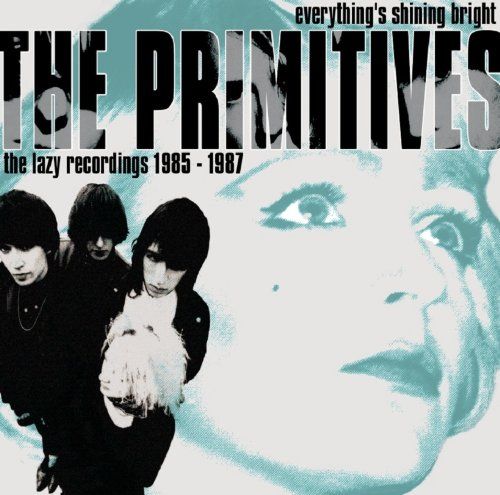 Some time ago we were talking about the reissue of the debut album by The Darling Buds on Cherry Red. A perfect opportunity to go back to the roots of this band which are definitely The Primitives. And look, it's surely no coincidence that this same label has reissued two albums by this Coventry-based band as well.

Apart from the reissue of their highly praised debut Lovely, there’s also a compilation out which gathers their recordings for their own indielabel Lazy Recordings during 1985 and 1987. In these two years Tracy Tracy and her gang recorded four singles: Thru The Flowers, Stop Killing Me, Really Stupid and Ocean Blue/Shadow. This last single was a real collector as it was handed out to fans during a London-concert. Some of these songs like Thru The Flowers, Stop Killing Me, Ocean Blue and Buzz Buzz Buzz were later included on Lovely.

It’s difficult to describe their genre as with the so-called C86-sound they created in fact their own style, but still you can definitely hear that they’ve been influenced by bands like The Velvet Underground (The Primitives were the first band Lou Reed and John Cale played in) or The Jesus & Mary Chain. There’s the irresistible voice of Tracy Tracy and they know very well the golden rule that says a good rocktune isn’t longer as 3 minutes.

This album consists of two discs that contain 42 tracks in total, including a gig that’s been recorded at the London, ICA. In 2013 most people have probably forgotten the importance of this band, but for old indiekids like me this is nothing but a gem….