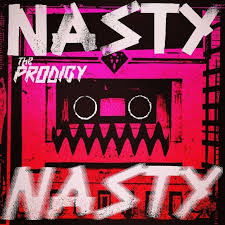 Woooah (again). Big mouthy tonsils over a drum and bass beat from the late '90s? Again? Do what? As far from triple X-rated as you could wish to get, The Prodigy nonetheless have made a considerable career out of trying to be the kind of obnoxious neighbours you'd be willing to crossbow between the eyelids at the drop of a baseball cap. And for that reason alone, you have to love 'em just a little. Far from their best, Nasty is nasty, sure enough, but still a million times more enjoyable than other bandwaggoners of bassweight around at the moment. Zinc turns in a decent remix, Spor reinvents Pendulum for his and Onen shoves the whole thing through a blender from Lucifer's kitchen.