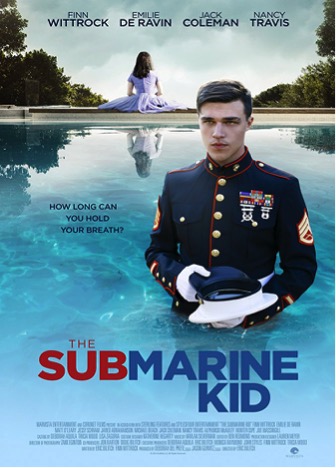 The Submarine Kid tells the story of Spencer Koll (Finn Wittrock), a Marine who returns home from Afghanistan. He quickly realises that life is not what it used to be. Spencer suffers from fragmentary flashbacks and a so called post traumatic stress disorder caused by a wartime event - he accidentally killed a young woman used as a human shield.

While working in a book store he meets Alice (Emilie de Ravin). Spencer takes Alice to a party where she shows him her favourite comic book, The Submarine Kid. It’s the story about a kid who can hold his breath like a fish but one day he disappears for good.

After a fight with a guy, Alice and Spencer leave the party and make love in the car. Afterwards Spencer steers the car through a fence into the lake where the car with its two captives sinks down.

Spencer wakes up in a hospital. He is told that there was no other body found in the car. He begins to realise that by holding his breath under water he is able to be with Alice. He takes every opportunity to prolong the time he can spend under water and almost drowns himself several times just to be with the girl he loves…. But who is Alice and did he meet her simply by chance?

The Submarine Kid is a movie full of contrasts. On the one hand it deals with the everyday struggles of war veterans. Spencer stands for all the men returning from war not being able to cope with their former lives. His fears but also his rage touches the audience in a special way. Nevertheless, it becomes obvious that this situation affects his whole life, his family as well as his friendships. The more Spencer tries to leave the real world the more is he driven to distraction by his traumatic experiences. Alice’s story is the counterpoint to Spencer’s inner conflicts and feels like a fairytale come true. As these two worlds collide it becomes clear that no matter how hard you try you can never close your eyes and run away from your past.

Finn Wittrock (American Horror Story, American Crime Story, The Normal Heart, Unbroken) and Emilie de Ravin (Lost, Once Upon A Time, The Hills Have Eyes) create a wonderful love story full of romance and light-heartedness. The story line keeps the spectator busy waiting for a happy ending which turns out to be different to the expectations.

The 2015 independent drama, directed by Eric Bilitch, premiered at the 2015 Napa Valley Film Festival. The story is written by Bilitch and his friend, main actor Finn Wittrock. The score is composed by Harlan Silverman. The movie was filmed within only 20 days.

The Submarine Kid is available on iTunes. 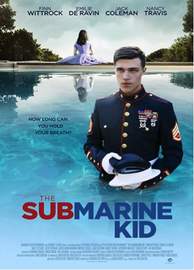 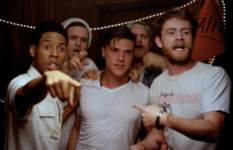 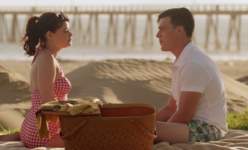 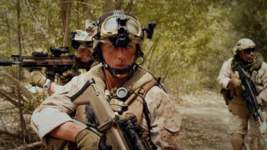