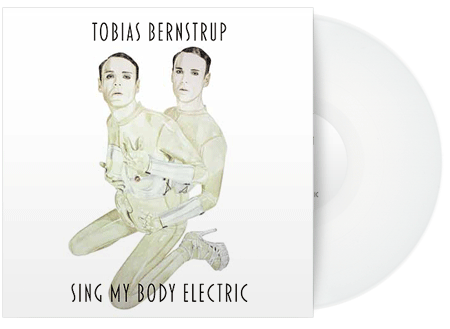 It began in 2011 when this Swedish visual and sound artist released an extra limited tape which was a great success. Originally released just for fun, it was a kind of appetizer before the CD release, all cassettes were immediately sold out and people still ask for it! I must say that I loved this minimal wave à la Kraftwerk versus Welle Erdball, it got me hooked from the start. I loved his distant and cold voice. Yep, don't expect any emotions from the voice. The music makes you feel a bid sad, for example when he sings 'you will feel ugly when you are all alone' (on 'Ugly alone'). On the other side I almost wanted to get start dancing on 'Body Electric', 'Videodrome' (feat. Trans-X),'1984' (where a women joins to sing a long, this song reminds me of some other song from the 80's '19' of Paul Hardcastle) and 'Data Love'.

Would be nice to see this artist on stage, so why not book him?