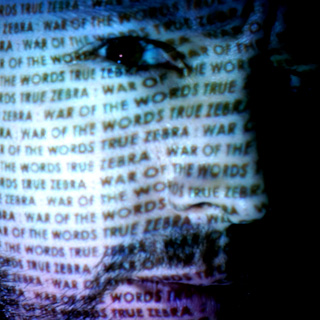 War Of The Words

War Of The Words is the third album of True Zebra, the project of Kevin Strauwen. His previous album Adoremotion (from 2014) was enthusiastically reviewed on these pages and on other Belgian webzines.

After a two months stay in Los Angeles, Kevin returned to his hometown Leuven (Belgium) with a hard-drive full of ideas. You can hear the result on War Of The Words.

After a short and odd intro, you hear True Zebra’s distinctive mix of EBM and synthpop in Know You You Know. Throughout the album, True Zebra plays with diverse electronic styles. 80’s electronics are intertwined with contemporary sounds and hints of ambient or industrial.

Everything Is Mediocre sounds menacing. Fuya and Ran sound rather fragile or bleak. Not Like Him No invites us to dance. And that goes for the dark Bitch too.

The whispering of Kevin Strauwen is reminiscent of Trent Raznor. Earlier referrals to Nine Inch Nails are clear. But True Zebra isn’t that “dangerous”. As if those sharp nails were filed. War Of The Words may have sounded more exciting and rousing. With Kevin Strauwen’s album Moving Sound & Music For Film (Wool-E-Tapes) in mind, I expected more experiment. Nevertheless, War Of The Words is a fair and entertaining album that is alternately danceable, dark, brooding and bleak.