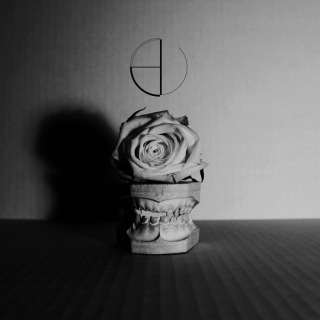 With this new compilation, the Canadian label Electric Voice Records offers another exploration of historical and contemporary underground music. Whereas last year’s Electric Voice V/A release focused on alternative approaches to electronic pop music, this new album mines a darker spectrum of genres, one that spans more than three decades of minimalist synth and industrial work.

For us in Belgium, this compilation stands out by the presence of an exclusive track by our legendary minimal act from Vilvoorde: Vita Noctis, who played at Beverwave last year. Their song, "Serial Killer", is a nice synth-pop song à la Neon Judgement but with the sensual voice of singer Martine Genijn.

You also find an industrial flavor in Martial Canterel's hypnotic track, "Who Will Remain" (see video below), which is reminiscent of Snowy Red's early work. There are also exclusive tracks from French acts ADN’ Ckrystall, aka Erick Moncollin, and Frank (Just Frank). Let's not forget the typical slow and so cold-wave track by Tropic of Cancer, the solo project of Camella Lobo.

Taken together, the flow of these tracks, despite the span of generations, makes clear the continued relevance of minimal electronic wave. To celebrate this collection, artist Juan Mendez (Silent Servant) provides the very nice cover artwork, with additional design by Dmytrij Wulffius. Brandon Hocura at Polyphasic Studios offers the meticulous final master.

Electric Voice II is scheduled for release in both a digital format and as an edition of 500 LPs on April 1/2013.

Tracklist:
A1 Real Eyes – Thee Majesty
A2 Who Will Remain – Martial Canterel
A3 Der Stasi Palace – ADN’ Ckrystall
A4 Bit of Smile – Martin Dupont
A5 Fall Apart – Tropic Of Cancer