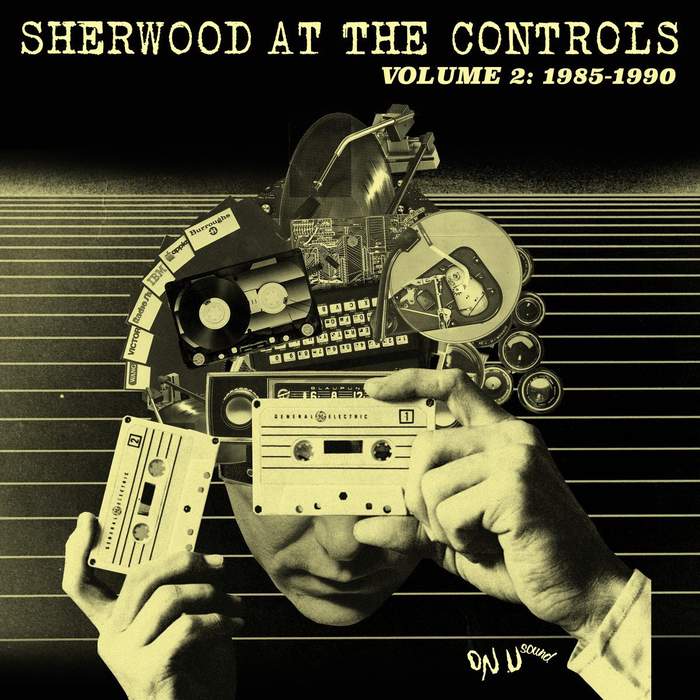 Adrian Sherwood's firm grip and understanding of reggae and dub stood him in good stead during the early to mid '80s, much of which was recently rebooted on the first volume of this compelling series of compilations. However, as the detailed sleeve-notes for Volume 2 reveal, Sherwood temporarily eschewed reggae in 1983 while coming to terms with the murder of mentor, friend and luminary Prince Far-I. His attentions turned to outsourcing his skills to other labels and concentrating on cut-n-paste industrial releases and extended re-workings for allies and associates.

Thus the likes of Mark Stewart and the Mafia (protagonist post-punk with jackhammer beats and ear-bleeding rap-rants), Flux (ex-Crass proto protesters dressed up in proto floor-friendly anarcho dub), Ministry (soon-to-be explosive expulsive electro-metallers) and KMFDM (political gritty German industrialists) all benefitted from the On-U touch. As uncompromising as his clients, Sherwood's boundaries weren't so much being pushed as being throughly bulldozed over. Check out The Beatnigs, Pankow and Rinf for more of the same.

Thankfully, Adrian Maxwell Sherwood kept his toe in more global waters with commissions for Keith LeBlanc, The Unknown Cases and his own stable of proteges such as Tackhead. He also returned to reggae with production work for Dub Syndicate, Lee Perry, Bim Sherman and African Head Charge, all represented here with exclusive tracks from the vaults. By turns bruising and beautiful, Sherwood at the Controls 2 is at its most enjoyable when cranked up high.