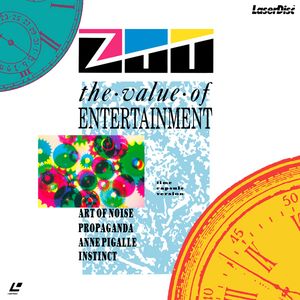 ZTT The Value Of Entertainment

More vault-trawling for curator Ian Peel turns up material originally released thirty years ago as IQ6 Sampled. Designed to be a budget-priced primer for ZTT's by-now bulging roster and a season of concerts at London's Ambassador Theatre (included on the accompanying DVD), the original album has now been expanded thanks to the resurfacing of earlier mixes and uprooted from the annals of history. Thus you get extra versions of Frankie Goes To Hollywood's wide-eyed take on Springsteen's Born To Run, Instinct's only committal to vinyl Swamp Out and a lot of Art Of Noise. Frankie's lively Disneyland, Propaganda's rigid-dance anthem p:Machinery and Andrew Poppy's engaging The Object Is a Hungry Wolf are the highlights, while Anne Pigalle's tortured torch-chanteuse act comes to the fore more successfully when presented in demo form - Looking For Love is really rather pretty. And it wouldn't be a ZTT compilation without more and more Beatbox reassessments, now would it?